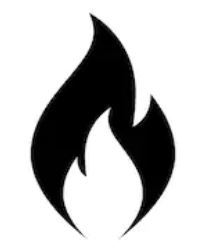 One soldier comforts another during the Korean War, 1950-1953

Below are a few quotations that may help to explain my worldview and approach to history:

"Two years of bombs and shells. A man won't peel that off like a sock.... The war has ruined us for everything.... We fly from ourselves, from our life. We were eighteen and had begun to love life and the world; and we had to shoot it to pieces. The first bomb, the first explosion, burst in our hearts. We are cut off from activity, from striving, from progress. We believe in such things no longer, we believe in the war." ---- Erich Maria Remarque, All Quiet On The Western Front, Ch. 5 (1929)

"When war is waged it is for the purpose of safeguarding or increasing one's capacity to make war. International politics are wholly involved in this vicious cycle. What is called national prestige consists in behaving always in such a way as to demoralize other nations by giving them the impression that, if it comes to war, one would certainly defeat them. What is called national security is an imaginary state of affairs in which one would retain the capacity to make war while depriving all other countries of it." ---- Simone Weil, The Power of Words, (1937), p. 224

"A novel needs a hero, and all the traits for an anti-hero are EXPRESSLY gathered together here, and what matters most, it all produces an unpleasant impression, for we are all divorced from life, we are all cripples, every one of us, more or less. We are so divorced from it that we feel at once a sort of loathing for real life, and so cannot bear to be reminded of it. Why, we have come almost to looking upon real life as an effort, almost as hard work, and we are all privately agreed that it is better in books." ---- Fyodor Dostoyevsky, Notes from Underground (1864)

"The belief in a supernatural source of evil is not necessary; men alone are quite capable of every wickedness." ---- Joseph Conrad, Under Western Eyes, part II, chapter 4 (1911)

What can one write below such words? Very little. Historians choose their quotations carefully, selectively, and we hope readers share our interpretations, but this is a somewhat pathetic hope. We while away at documents, and that is all.